When we think about all of things that we need to consider when negotiating compensation with a potential new owner/manager, most of us are probably only concerned about base pay, production percentages and benefits packages. If this is good, we're good. And, I used to be in this same group. But, experience can be a ruthless teacher.

So, let me share some of my experiences with those of you that have not racked up forty plus years in the profession, working on both side of the "boss" desk, in private and corporate environments, in practices of two to six doctors, in low cost/high volume and high cost/low volume practices. Maybe, you won't have to reinvent the wheel. Plus, I think this is a good illustration of understanding things from a systems point of view.

What is a system? Thank you for asking! A system is the "game" with all of its "rules" that affect us, the players, and determine if and how "we win or lose." It is all of the departments, policies, procedures, cultures, ways of thinking, agendas, biases and ignorance that come to bear on a particular area or person, namely us, the employee.  Workers are at the mercy of the systems. They have no control over systems. Leadership is responsible for systems. However, in order to know how you will fare, you need to appreciate the intricacies of the "game." You need to think from a systems stand point.

Most of us veterinarians, these days, work on a production basis, i.e. we are paid a certain percentage of what we produce in medical and surgical fees less taxes and certain deductions. Many times there is a base salary in the mix, also.  So, for example, we are paid the greater of X% of our gross production or a salary, whichever is higher for the current period. And we are happy!

But this is only the tip of the iceberg. Looking at the illustration above, one can see there is much more involved than one might expect.

[A sideline note here. I contracted to work 4.5 days/ week for a set base salary. A pay period was every two weeks. So, I agreed to, and was available, to work  four days every week plus every other Saturday. During the first  two-week work period of my employment, my employer only scheduled me for three days each week and no Saturday. They weren't that busy. However, I only got paid for six days of base salary. This is not the definition of salary. That is per diem pay. I protested and received the other two days of salary. My point was that I was agrreable, available and willing to work the 4.5 days per week. It was their choice not to have me come in, not mine. Unless, it was my choice not to work, I was entitled to my base salary. Be careful, employers, especially of some smaller corporations (that may be under capitalized), may try to cut expenses any way they can dream up. Their "best interests" are sometimes in direct opposition to your best interests. Their systems are their systems!]

This is probably not an exhaustive or complete list of influencers on your net income. However, I'll bet it encompasses more than you previously considered.

Glance back at all of the different systems; all of the different policies, agreements, understandings, aspects of the practice you work for and/or all of the "games." How many of them do you have ANY control or, even influences, over? Taxes? Inventory? Your practice's demographics? Accounts Receivable policies? Fee structure? Appointments? Marketing? You have partial influence in the contract. The Policy Manual??  Yet they determine your ability to survive, grow, enjoy life, contribute to your world?

This is why thinking in terms of all the system involved is so important. And understanding how changes in one area can have profound effects in another.

The last time I interviewed for a job that paid on POP,  I asked to see the last several periods of ACTs, and gross income. I looked at their state of inventory and asked about how they order drugs. I asked how much a rabies and distemper vaccine, plus a fecal exam, routine deworming and flea/heartworm would cost the client. This is one of my "index" invoices that I use to evaluate fees between practices (other "index" invoices include routine canine spay + pre-anesthesia blood work + IV cath/ fluids + pain injection + pain meds to go home or a dental prophy without extractions + routine labs + IV cath/fluids. It is simular to how one might use the S&P 500 Index to evaluate other investments or how the Consumer Price Index works). I had them show me the appointments over the last few months. I drove around the practice to check out the neighborhood. I "Googled" the practice to see client reviews. I checked out if they board, do grooming or have dental xrays and ultrasound. What does the staff look like? Enough to support good client flow? Trained well enough that I only have to worry about that which I am uniquely trained and licensed for? I was interviewing the practice as much, or more, as they were interviewing me.

Just like playing Black Jack in Vegas, I know the odds are in the casino's favor (they set the rules; system) but, I want to get as much in my favor as I can. So, maybe I can choose to play at a casino where they use only three decks versus five, or one that reshuffles only after 75% of the boot is dealt, versus 50%. The more I understand the systems in use, the better my choices will be (hopefully!).

I worry about the young, naive vets coming up who haven't had the level of experiences that I have had.  They are at the mercy of their employer's systems, more and more of which are large, faceless corporations (or "wannabe" corporations) with much deeper pockets and, possibly, a different perspective and agenda. Who will speak up for these neophytes? Who will watch over them? The fox that is in charge of the hen house?

Maybe, it is time for the younger generation of veterinarians, vet techs, vet assistants  and receptionists to consider forming an employment union, the way workers had to during the Industrial Revolution, and for the same reasons. There is power in numbers they say! And, it is the "power" that determines the "game". The Registered Nurses had to do it. 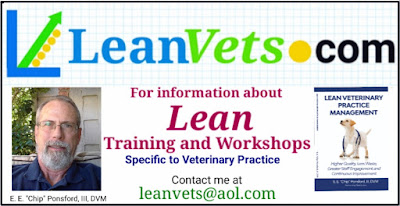 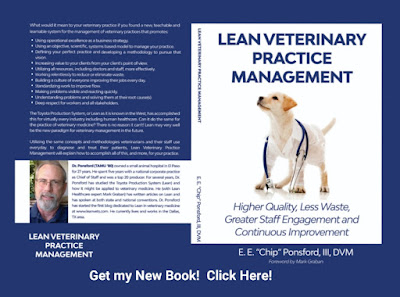